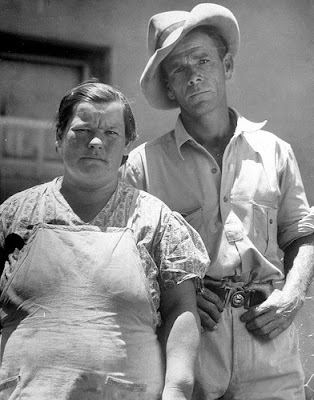 god i hate spring in alberta. the never ending blizzards followed by the ridiculously hot weather. sometimes it thunders and lightning and snows. its like mother nature is trying to birth a 12lb baby. the thigh high snowbanks and the ankle deep muck. did i mention we farm. cows calve in the spring. my husband just came back from the vet's with scour medication (calf diarrhea) he bought so much the vet gave him the cardboard display box. the annual defrosting of fields and corrals, filling the air with an aromatic mixture of a winters worth of animal dung. i really wanted to say shit but i'm trying to clean my act up. i know now it's only a matter of time before my mother finds this blog. the day of reckoning is nigh. she found me on facebook. i spent over an hour explaining my selection of friends. was i involved in any funny business in chatrooms. my mother says faceBOOK, the emphasis on book. its only one of the charming terms from mom's technological vernacular. she also has a very CB radio view of the world wide web. she has been known to ask whether i can bring in nova scotia on my computer. let's face it she still thinks the answering machine message is live. every time i return a message from her she says "russell came on and SAID you weren't home" her message is always the same "russell" russell (long pause) its mom have bev phone me.........i am so going to hell.

back to the farm. i have a bit of a rage on for this pioneer woman. truthfully i have a bit of coveting going on. she's the internet sensation, famous for marrying a farmer, discovering ranch life and blogging about it. she even has a cookbook - which i bought for $30 just so i could lament over her genius. it could have been me. didn't i marry a farmer - didn't i have to learn to be the farmer's wife. i cook. i have children. one of which insisted on wearing her spurs everywhere for almost a year. i have cows, horses and various other farm animals. i even until recently had 2 morbidly obese turkey's named stump and potpie. we calve out cows, put up hay, plow fields. isn't my life full of pastoral pastimes like horseback riding and home canning. we even pursue more western pursuits like branding cattle and testicle extraction. hell we even eat the testicles and to top it off weren't my pretty brown hens hired by a hollywood production company to be in a movie being shot in southern alberta. and weren't those pretty hens paid $100 for their efforts. and didn't the hollywood production company phone again wishing to rehire the hens for another movie shoot. but tragically the hens were not available having been picked off one my one by stealthy coyotes. this rural life of mine seems noteworthy...... god that woman is living my life and getting paid.